This week VMware released vConverter Standalone 4.0. So I upgraded my version to 4.0. And I started to import my templates. I always import an XP template for testing. First I imported some windows 2k3 templates, then I started with the XP template. I was going through the steps until I got to step 3.

Where the VM options can be edited, I noticed that the SCSI controller was changed from LSI Logic to Bus Logic. 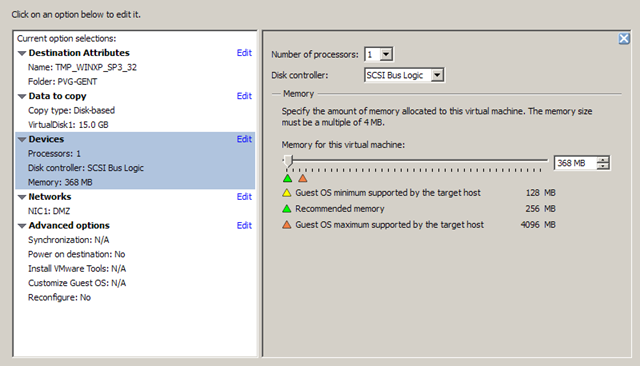 This will cause XP to crash. Because of the LSI logic driver that was installed in the OS. To verify that there was no mistake, I opened the ovf file where the vmx options are stored.

As workaround I had to start the VI client after the XP machine was imported. I edited the settings of the imported virtual machine to change the controller type from Bus Logic back to LSI Logic.

This will enable the virtual machine to boot again.

After some research I found that it was a know issue. Read about it after the jump.

VMware: vSphere ESXi 8.0 – How to Download and get free license keys